History of the Cliff House Inn

In early 1960, Kenneth and Fern Carter were driving along Highway 7 on a Sunday afternoon. Kenneth stopped the truck got out and walked through the tree line of the land that overlooked the valley that’s now known as Arkansas’ Grand Canyon. When Kenneth came back he mumbled something as he was getting back in the truck. Fern asked him what he said. He repeated, “I’m going to build a motel right here on this spot.” Kenneth bought the land and in February of 1964 he started the process of building the Cliff House Inn. To prepare the land for building Kenneth had to use dynamite to blast away part of the mountain to build the motel rooms. When he blasted, a section of Highway 7 had to to be closed to traffic. His mother, know as Granny, stopped traffic by waving a red flag and yelling “Fire in the hole!” You can still see some of the holes down by the motel rooms that were drilled for dynamite but not used. The Cliff House Inn opened May 27, 1967 as a Gift Shop and five unit Motel. Ken and Fern’s son Jim and his wife Joyce managed the Cliff House Inn for a short time.

Kenneth sold the Cliff House to the McNutts approximately a year later. The McNutts owned the Cliff House for a year then sold it to Bob and Francis McDaniel. The McDaniel’s added a house, kitchen, and small dining room to the building in the mid 1970’s. Mrs. McDaniel wanted a signature pie to offer her diners. She introduced the Company’s Comin’ Pie, which is still served at the Cliff House today.

The McDaniel’s sold the Cliff House to Jim Berry from New York. Jim expanded the size of the dining room. Jim was instrumental in getting the Legislature to approve Company’s Comin’ pie as the official pie of Arkansas.

Jim Berry sold the Cliff House to Neal and Karen Heath from Monroe, LA. During their ownership a tornado hit the building in 2001. The dining room was completely destroyed. The Heath’s rebuilt the dining room with the improvements you see today.

In 2006 the Heath’s sold the Cliff House Inn to Mike and Becky McLaurin from Shreveport, LA. The McLaurin’s added the lower redwood deck that motel guests now enjoy and remodeled the motel rooms. They also added pasta, seafood and steaks to the menu.

Mike and Becky would like to welcome you to their home, the Cliff House Inn. Their desire is for you to enjoy your visit with them as you dine on freshly prepared and freshly cooked foods. They feel it is a privilege to be able to share the Arkansas Grand Canyon with you, one of God’s beautiful creations. 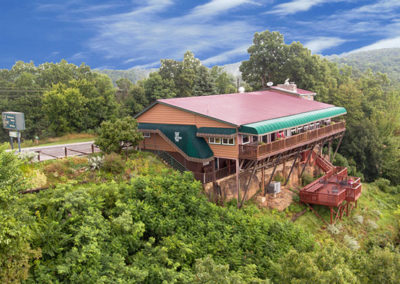 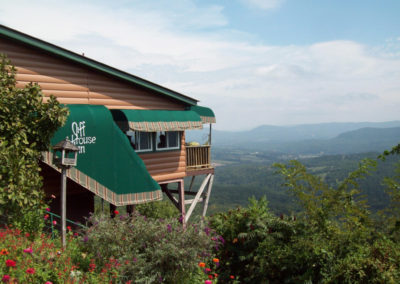 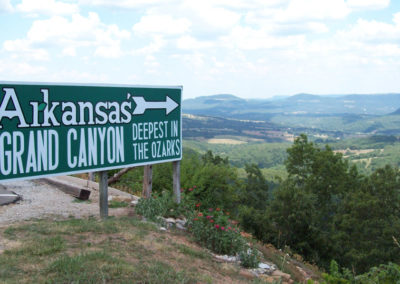 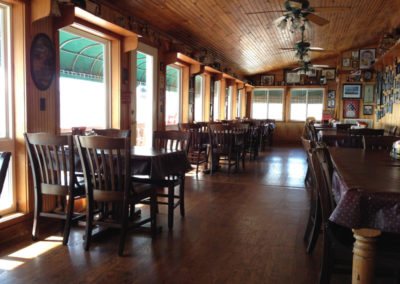 Our group came and spent the night in October - woke up to a beautiful sunrise - then a fabulous breakfast at the Cliff House. Thank you for the warm hospitality we received from you two.

Home Away From Home

We had a great time at our " home away from home" and look forward to the next time. And as always the room, the view and the wonderful food were all just perfect.

We went for breakfast at the Inn on Friday and Saturday morning during our stay. Very nice restaurant and good food. Nice people too!

What a great place. The food, the view, the people...just perfect!

We stayed at the Cliff House Inn... great view and hospitality. The people are the best!